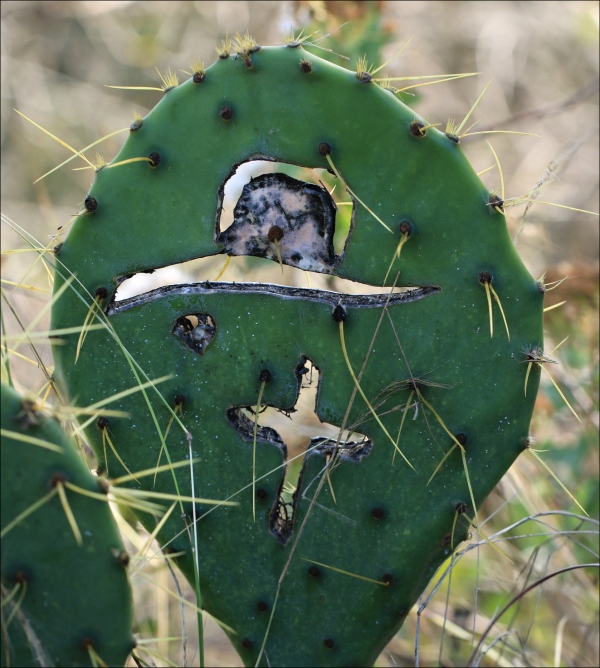 Many of my favorite Texas towns — Vanderpool, Medina, Camp Wood, Leakey — lie along Texas Ranch Roads 335, 336, and 337. Collectively known as the “Twisted Sisters,” the roads serve as a magnet for motorcycle riders.

The 100-mile loop is among the most challenging in the state. The route, following canyons and climbing along the edge of jagged limestone cliffs, is marked by tight curves, shear drop offs, and a significant lack of guardrails.One fifteen mile section contains more than sixty curves: none of which could be called gentle. Even for experienced riders, the route is challenging. At one point, a highway sign warns, “Caution Next 12 Miles — Since Jan. 2006, 10 Killed in Motorcycle Related Crashes.”

Now and then, evidence of unhappy endings appears. At one scenic pull out, two crosses stood near the small parking area as memorials: one made of plain wood with incised dates, the other bejeweled and trimmed with gold.

But at the edge of the cliff, nearly hidden in the grasses, a different sort of marker caught my eye. From the iconography, I’m confident the person it honors was both Texan and Christian. Given the prickly pear’s spines, I know the artist was both creative and brave.

This Hour, and That One