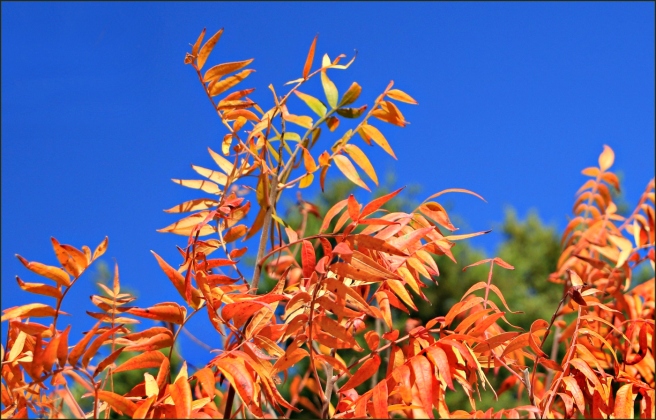 Some months ago I received a gift of za’atar, a remarkably versatile Middle Eastern spice. Although I didn’t know it by name, the taste was familiar. First encountered at the table of Lebanese merchants in Liberia, I’d enjoyed the flavor at the home of friends, and in an assortment of restaurants featuring Levantine cuisine.

No single recipe exists for the spice, but certain ingredients are traditional: sesame seeds, salt, cumin, Mediterranean thyme, Greek oregano, marjoram, and — most surprising to me — sumac. On the back of the box I received, the ingredient list included oregano, roasted sesame seed, olive oil, Dead Sea salt, and sumac. 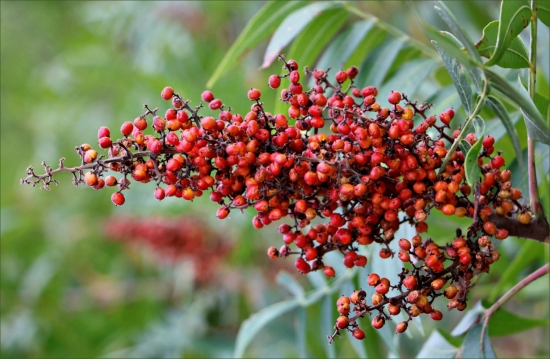 A common shrub in many areas of the world, sumac is characterized by deep red berries which can be dried and ground into coarse powder; I was surprised to find sumac available even in our local chain grocery stores. Often described as having a tart, cranberry-like flavor, sumac complements other spices used in za’atar, and helps to enhance any number of dishes from dips to desserts.

I first tried za’atar as a rub for salmon, and it became an immediate favorite. At the same time, the familiar metaphor — “a taste of fall” — took on new and piquant life. Quite remarkably, sumac tastes as good as it looks.

45 thoughts on “From Shrub To Salmon”

On the Road, Again

The Re-Resurrection of Dale T