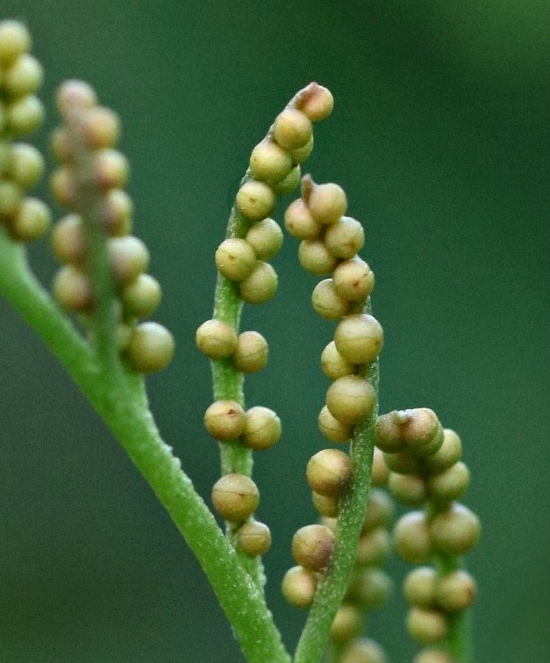 One of the great delights of travel is discovery, and as I wandered the ridge along Arkansas’s Talimena Scenic Drive, I discovered one of the oddest plants I’d ever seen. Unable to decide whether I was looking at fungi or fruit, I wandered a little farther until I found a much larger, even more beautiful example of the plant.

Eventually, I learned I’d found neither a fungus nor a flower, but a fern: specifically, a cutleaf grape fern (Botrychium dissectum). Grape ferns are named for their round, clustered spore cases which do, in fact, resemble a bunch of grapes. The plant is comprised of a single sterile leaf and a single fertile leaf that bears the spores. When both are present, they are joined together close to the ground. 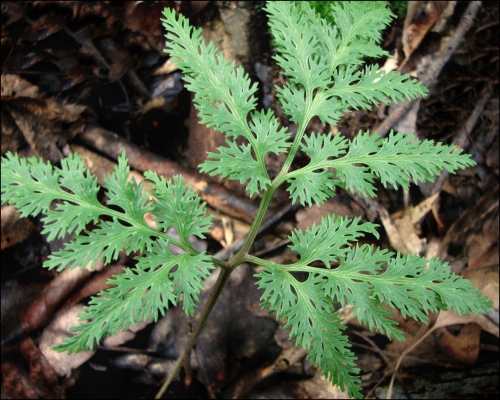 The fronds emerge from the soil not as fiddleheads but as leaflets. Two forms of the plant can be distinguished by looking at the edges of the leaves. This variety, with its lacey margins, is the form known as dissectum. Had the edges been more smooth, I might have been looking at the form called obliquum.

As for those faux grapes? They’re called sporangia; when they ripen, they split, dispersing the fern’s spores into the air. The spores settle onto the earth and germinate underground, producing a new tuberous plant that contains no chlorophyll but depends on mycorrhizal fungi for nourishment.  The new plant may remain underground for five to eight years before emerging into the light of day, ready to delight the occasional passerby.

62 thoughts on “An Arkansas Not-So-Oddity”