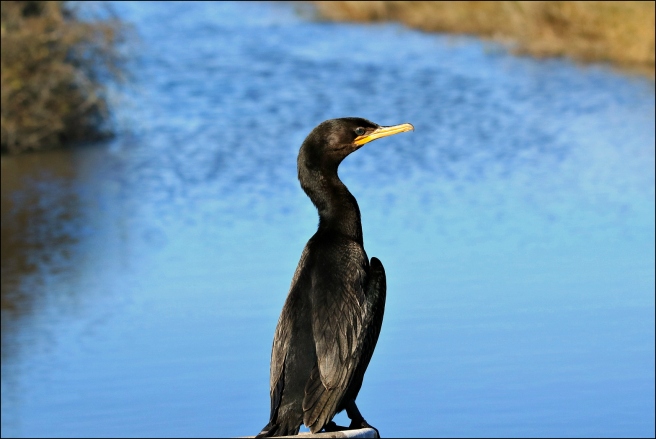 If beauty lies in the eye of the beholder, so, too, might ugliness. Underwater, the cormorant’s a swift, graceful predator: astonishing in its ability to glide and dive, sweeping up uncounted fish in the process. But once it exchanges the water for land, many consider the bird — songless, lacking in bright colors, awkward and somewhat ill-proportioned — to be as ugly as any on the planet.

When I had the opportunity to spend some time with a remarkably accepting cormorant recently, a closer look revealed some interesting, and even attractive, characteristics.

Its lightly serrated beak, hooked at the end, allows it to hold its prey firmly. Why this one continually opened and closed its beak while I watched, I can’t say; perhaps it was showing off for the camera. 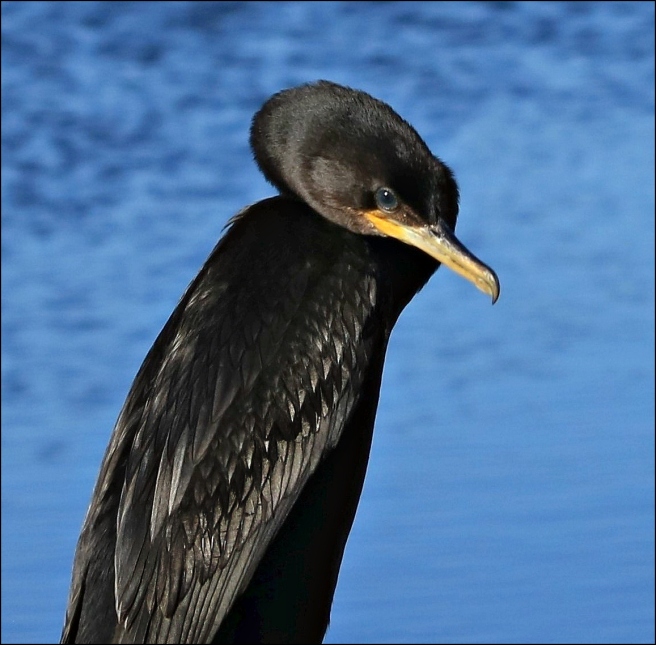 Its long, flexible neck, capable of twisting and bending like a heron’s, allows it to preen even the most hard-to-reach feathers. Secretions from its uropygial gland, more commonly known as the preen gland, are composed of  a mixture of waxes, fatty acids, lipids, and water.

As the bird preens, rubbing the glandular secretions through its plumage,  some waterproofing may take place, but the primary benefit is to keep its feathers supple and in good condition. The familiar spread-wing posture cormorants assume when out of the water generally is agreed to be a method of feather drying. 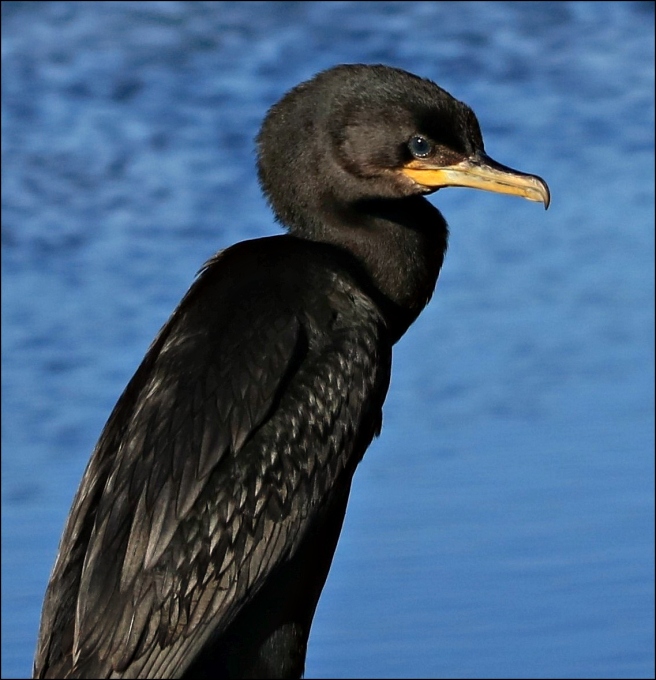 For years, I saw cormorants only at a distance, and assumed them to be pure black. Instead, their feathers are a mixture of brown and black, with occasional flashes of iridescence. The brown head feathers, thick and velvety,  are especially attractive, and help to set off their turquoise eyes. Sitting eye-to-eye with such a placid and receptive creature is an uncommon treat.

Comments always are welcome. For a poem dedicated to this fine bird, see my current post at The Task at Hand.