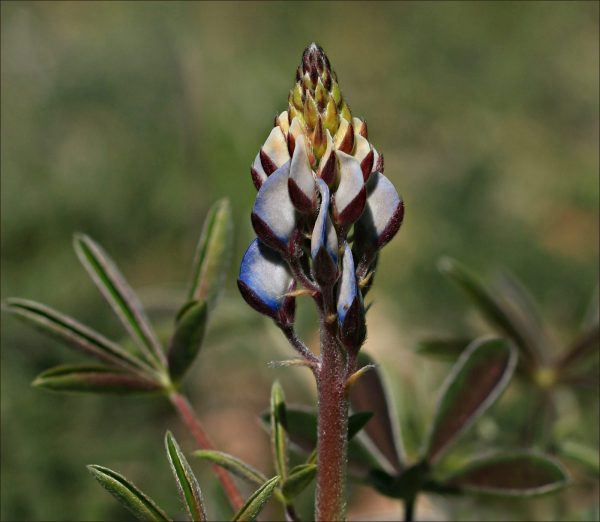 Every spring, Texans indulge in a statewide ritual known as “going to see the bluebonnets.” Most don’t have far to travel, since the flowers can be found in nearly every part of the state. In full bloom, they’re truly spectacular, and well worth the journey.

Originally, Lupinus subcarnosus, a bluebonnet found in sandy loam in southern parts of the state, was named the state flower, but supporters of four other Texas lupine species argued on behalf of their favorites. Eventually, a satisfactory conclusion was reached, and five species of bluebonnet were designated the state flower: L. havardii, the Big Bend or Chisos Bluebonnet; L.  concinnus, found in the Trans-Pecos region; L. plattensis, a Panhandle species also known as the dune bluebonnet; and L. texensis, the brilliant blue flower whose colonies carpet central Texas in spring. Should a new species of bluebonnet be discovered, it, too, will become a state flower.

Thanks to geneticists and plant breeders, seeds for maroon or white bluebonnets can be purchased, and differently colored flowers — pink, purple, and white — sometimes are seen in nature.

When I found the burgundy-tinged flower shown above thriving on the Willow City Loop outside Fredericksburg  last weekend, I thought it especially elegant. Whether a touch of cold weather affected its color, or whether it’s a natural variant, I can’t say, but I thought it lovely, and delightfully different from the early bluebonnets surrounding it.

It’s still too early to experience the flowers in their full glory, but when their time comes, I’ll be “going to see the bluebonnets” myself.

57 thoughts on “A Preview of Coming Attractions”