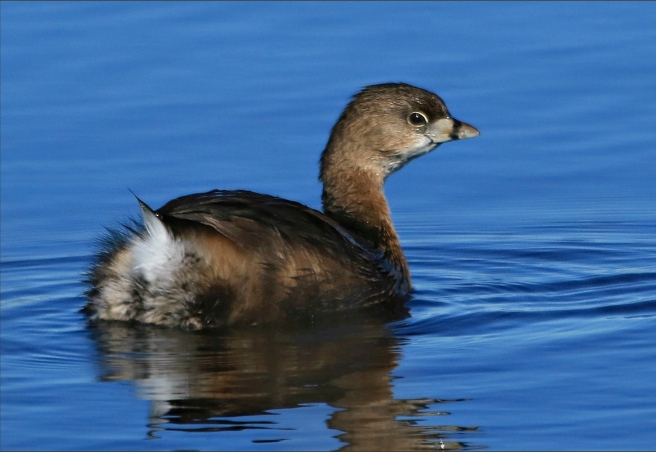 As winter-weary humans begin roaming parks, cemeteries, and back roads in seach of spring wildflowers, the creatures who call those places home watch attentively. Cautious, perhaps even a little bemused, they’re keeping an eye on us, and the sense of being watched can be strong.

Not far from the Rockport, Texas cemetery, this pied-billed grebe floated in solitude and perfect serenity at the edge of human activity. Surprised to find it there, I was even more surprised to find it willing to endure my attention. Shy and given to diving at the slightest provocation, grebes can be hard to photograph, but this one seemed willing to pose. “Hi, there, Bright Eyes,” I said as I snapped away. “I’m happy to see you.”

At the cemetery itself, another pair of bright eyes watched from a hollow limb high in a tree. Fox squirrels create two types of shelters, leaf nests (dreys) and tree dens, and often use natural cavities as dens for winter shelter or raising young. Given the apparent depth of this cavity and the obvious unwillingness of the squirrel to move as I walked closer, I suspect I’d found a mother with babies in a nest. 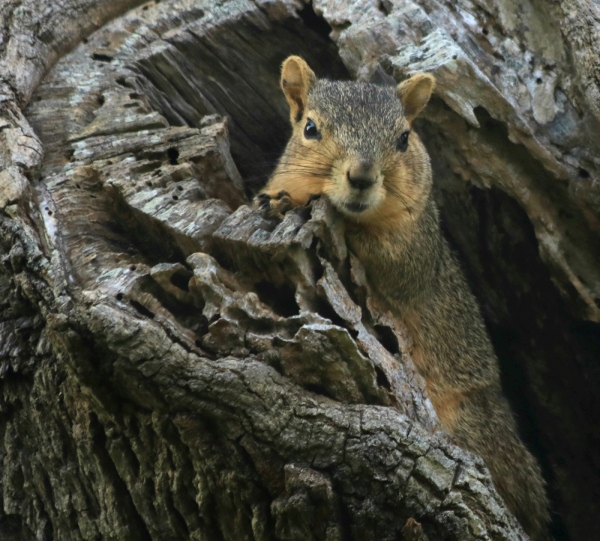 Two hundred miles away and a week earlier, I found another fox squirrel watching from high in a different tree.  On the old Varner-Hogg plantation in West Columbia, this little sweetheart remained equally motionless and attentive. In a few weeks, I suspect youngsters will emerge from this hollowed limb to begin exploring the world around them. 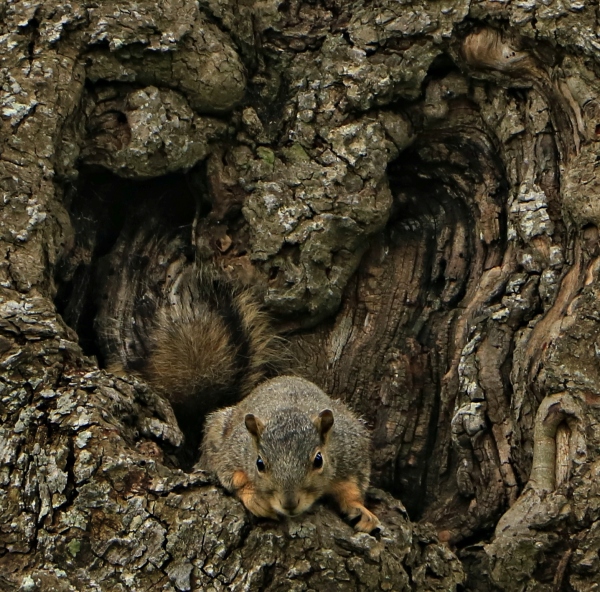 The squirrel mama needs to be attentive, since being in a tree isn’t necessarily a defense against another plantation resident — the Texas rat snake. This one, over four feet long, is typical; the snake is among the largest in the state, reaching as much as six feet in length, and it’s known for its tree-climbing abilities.

Finding it among some flowers was appropriate, since the specific epithet lindheimeri honors German-American naturalist Ferdinand Jacob Lindheimer. Better known as a botanist, Lindheimer collected the first specimen of this non-venomous snake in New Braunfels, Texas. 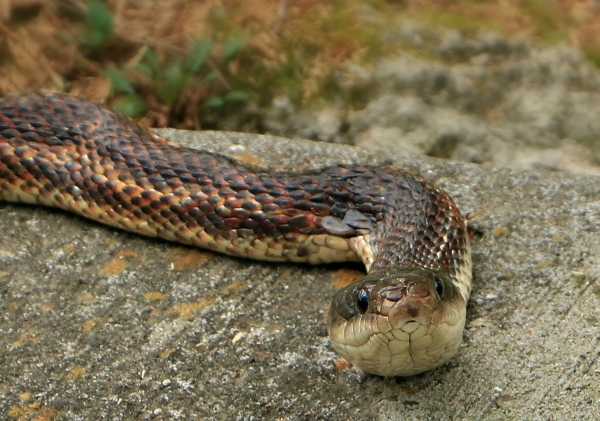 When I found a yellow-bellied water snake curled up at the base of a tree on this same plantation, it seemed somewhat apprehensive. But this sweet creature appeared to be more curious than fearful. Eye to bright eye, we regarded one another for a few minutes, and then went about our business. Whether the encounter delighted the snake I can’t say, but it certainly delighted me.

Prairies and People and Photos, Oh, My!