I titled my previous post “Marsh, Mellow” as a bit of a joke. Long before I was allowed to make s’mores without adult supervision, I pronounced the name of one of the classic treat’s primary ingredients — marshmallows — as marsh ‘mellows.’ The sight of a marsh on a mellow afternoon brought it all back, and a title was born.

Over time, I’ve lost my taste for the confection, but the pronunciation lingered. Then, I met the Malvaceae: the family of plants known as mallows. Our modern marshmallows actually are the descendents of a treat made from the root of the marsh mallow (Althaea officinalis), a plant  found in Europe, Western Asia, and North Africa.

A. officinalis isn’t native to North America, but a multitude of mallows are, including the lovely swamp rose mallow at the top of this page. Surrounded  by an interesting Big Thicket plant known as ten-angled pipewort (Eriocaulon decangulare), it’s also common closer to the coast, where it’s often found along ditches and in other low-lying areas.

This mallow blooms in pink as well as white, but I’d seen only the white until I visited the Watson Rare Plant Preserve in Warren, Texas, where a single pink flower was in bloom. 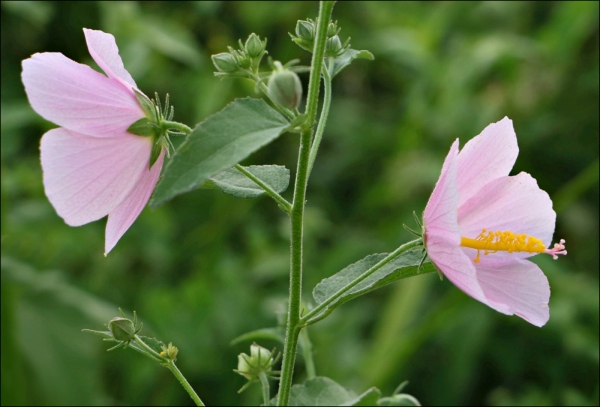 Michael Eason’s field guide to Texas wildflowers notes that another pink beauty, the saltmarsh mallow, is considered uncommon. I wouldn’t have imagined that, since the flowers are plentiful in this area, and sometimes line roadside ditches for miles. The unusual scientific name honors Vincenz Franz Kosteletzky, a botanist who worked in Prague in the 1800s. 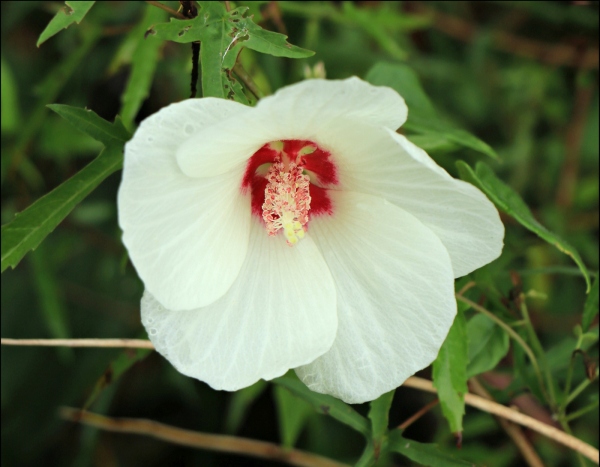 Unlike the previous mallows, the beautiful Neches River rose mallow is considered rare. I’ve seen it only twice: once at the Pineywoods Native Plant Center in Nacogdoches, and once in Tyler County. In both instances, the flower was facing downward and not easily accessible, but enlarging the photo will give a sense of the beautiful details in its center. 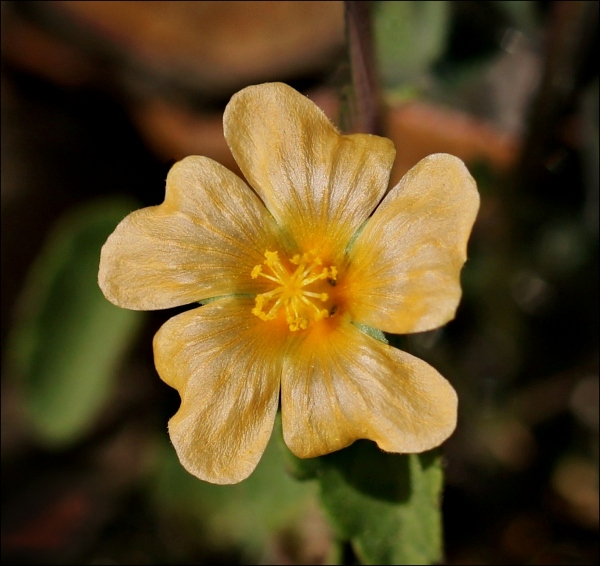 Lindheimer’s sida, a flower as often seen in the Texas hill country as at the coast, also belongs to the mallow family. It prefers drier conditions than some of the marsh mallows, but it often grows very near to them, especially at the edges of roads.

Known as the father of Texas botany, Ferdinand Jacob Lindheimer must have loved this tiny mallow; his daughter, Sida Rosalia Lindheimer (1860-1943) bore its name. In the 1960s, a granddaughter, Sida Martin, gave the Lindheimer home to the New Braunfels Conservation Society.  Today, a variety of mallows grow in its gardens.