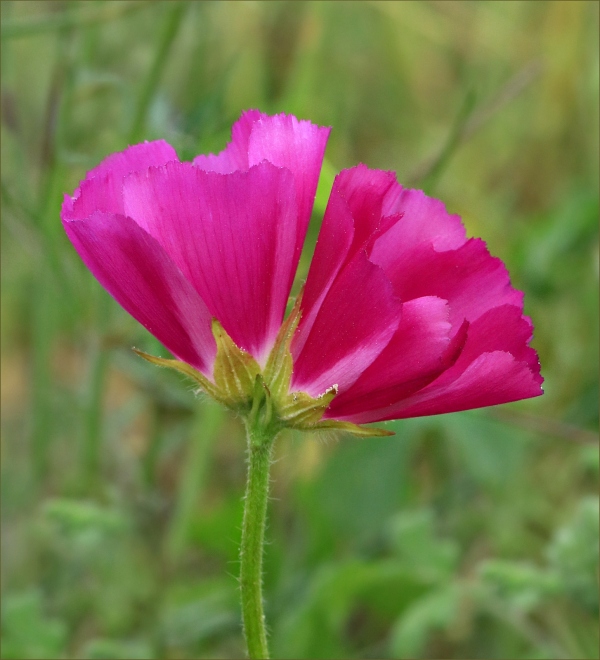 Unlike the so-called standing poppy-mallow (Callirhoe digitata), the purple poppy-mallow, or winecup (Callirhoe involucrata) forms mats of colorful blooms. Usually, the flowers appear singly atop their stems, but in the midst of one thick stand in the Rockport City Cemetery, I found this pair: a beautifully colored little quirk of nature. 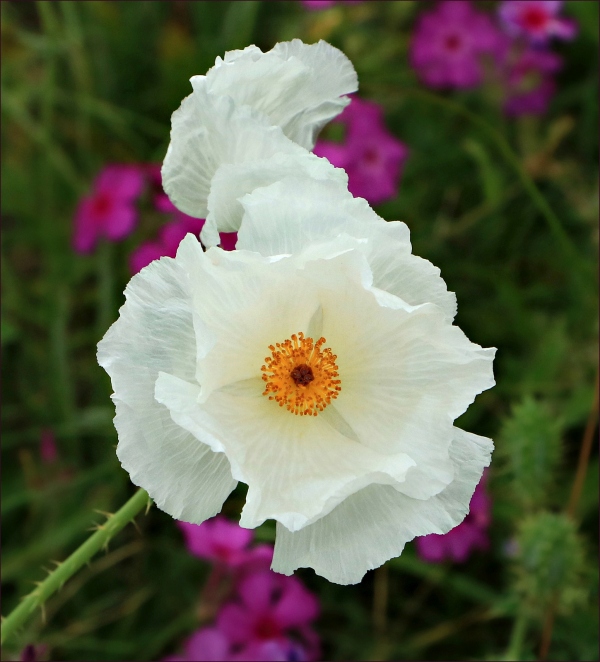 Not far away, a section of the cemetery was filled with white prickly poppies (Argemone albiflora spp. texana), one of my favorite Texas wildflowers. I searched for the plant for at least two years without success; now I see them frequently, in places as widely separated as our coastal bays and the hill country.

What I’d never seen before my visit to Rockport was a prickly poppy with what appeared to be extra petals extending out from the same receptacle as the usual flower. Perhaps the poppy had attempted to ‘double’ in the same way as the winecup, but managed only to produce  extra petals.

In any event, I was delighted to find these little quirks of nature: good reminders that what can’t be explained still can be enjoyed.

72 thoughts on “The Over-achievers”