Approximately fifty miles to the west-northwest of Sulphur, Louisiana lies Silsbee, Texas. Ten miles past Silsbee you’ll find the Roy E. Larsen Sandyland Sanctuary and, if you travel on to Kountze and Warren, you’ll enter the Big Thicket: home to an assortment of trails, the Solo tract, and the Watson Rare Native Plant Preserve.

When it became apparent that Hurricane Laura would make landfall south of Sulphur, my concern extended beyond the people living along its path. East Texas wasn’t at risk from Laura’s significant surge, but wind damage to the area’s natural treasures could be extensive. The prediction for sustained tropical force winds in East Texas worried me, and I was eager to make a trip into the area to see what damage might have occurred.

When I finally made that trip on September 6, my sense of relief increased with each passing mile. There were no topped trees, no stripped bark, no missing limbs. At the Sandyland Sanctuary, the only evidence of Laura’s winds was an occasional leaning pine. The storm had tightened at landfall, passing far enough to the east for its northeast winds to leave a mark, but little serious damage.

Wandering through Sandyland, I was pleased to find several of my favorites. This delicate palafox (Palafoxia reverchonii) was one of a few still in bloom.

Somewhat uncommon, the pencil-flower (Stylosanthes biflora) often appears in sandy soils; its membership in the Fabaceae — the pea family — is hinted at by its flower.

The deeply saturated red of the Louisiana catchfly (Silene subciliata) glows in the sunlight, and finding it always is a special treat. In Wildflowers of Texas, Michael Eason writes that the flower is “rare, but can be seen in the Big Thicket National Preserve, in sandy soils” — precisely where I found it. 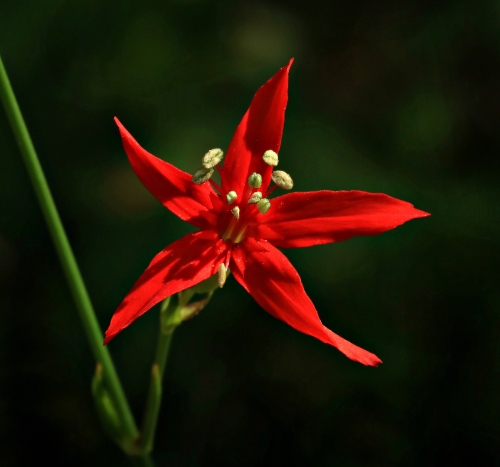 In my absence, the smooth and silky buds of snake cotton (Froelichia floridana) had become more cottony, and the plants themselves had grown substantially taller. 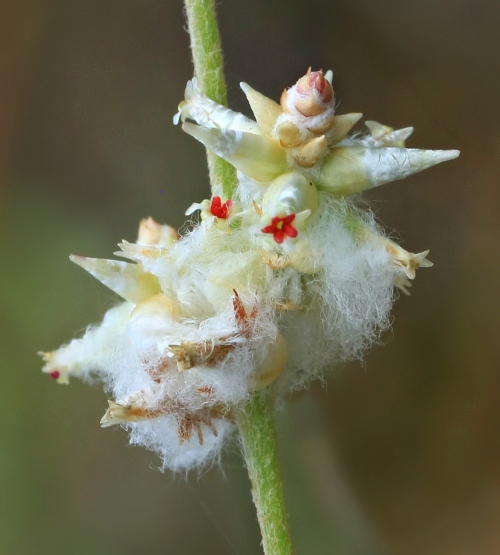 Sandyland is one place to find the rare and beautiful Winkler’s blanket flower (Gaillardia aestivalis var. winkleri). Laura’s rains seem to have encouraged this flower, and I expect its season will extend into October.

I did manage a brief stop at the Solo Tract in the Big Thicket, and was rewarded with something I’d hoped to find: a newly-emerged flower of yellow-eyed grass (Xyris ambigua).

Of course, one visit never is enough. I returned to the area this past weekend to photograph other treats: some quite unexpected. Hurricanes will come and hurricanes will go, but nature continues to produce her treasures.

80 thoughts on “A Fifty Mile Difference”

This Hour, and That One