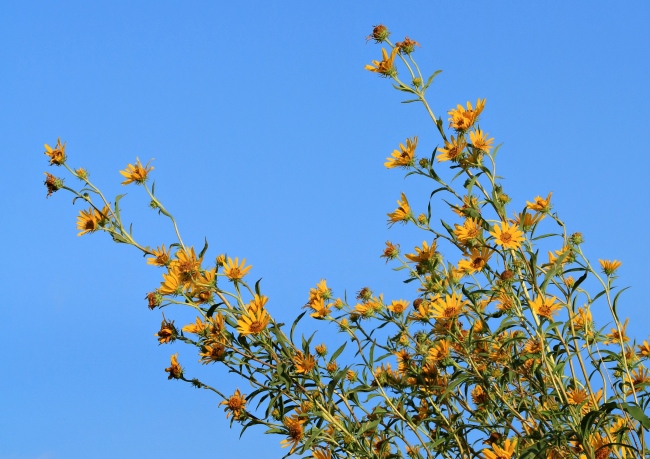 Show all the blooms, but show them slant (with apologies to Emily Dickinson)

For weeks I chased Maximilian sunflowers (Helianthus maximiliani) like a birder in hot pursuit of a rare species. Initially, I thought I’d found them at the Attwater refuge, but after both a friend and a member of the refuge staff persuaded me that my glorious find was swamp sunflower (Helianthus angustifolius), I knew I’d have to look farther.

One morning, in the process of just roaming around, I passed a patch of vibrant yellow leaning against a pasture fence.  Even at 60 mph, it seemed unusually substantial, so a mile down the road I turned around in a driveway and hustled back to the fence. My instincts had been right. The flowers were Maximilians: beginning to fade, but still glowing as they slanted into the rising light.

I’d always assumed Maximilians were a central-Texas-and-north flower, but I’d missed seeing that the USDA map suggested otherwise. I began looking more closely, and on a small patch of land less than a quarter mile from the Galveston/Brazoria county line, I found them again. Well on their way to forming seed, their little patch of land had escaped both public and private mowers.

As the day progressed, haze from burning fields obscured the morning’s pure blue skies, but added a certain delicacy to some of the images. Here are a few of my favorites from that unexpected encounter. 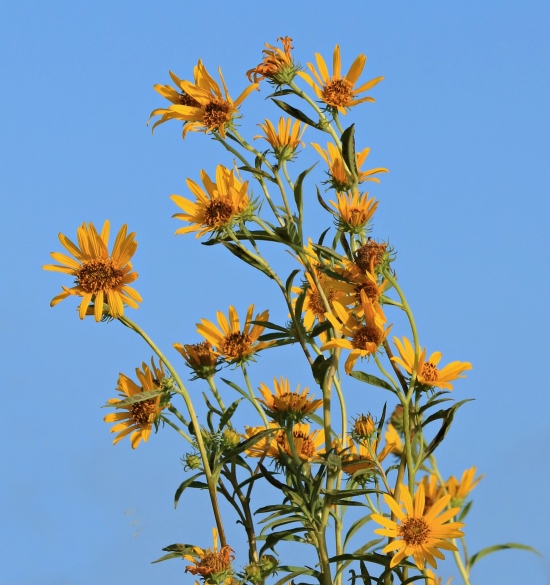 If one bloom is good, more can be better 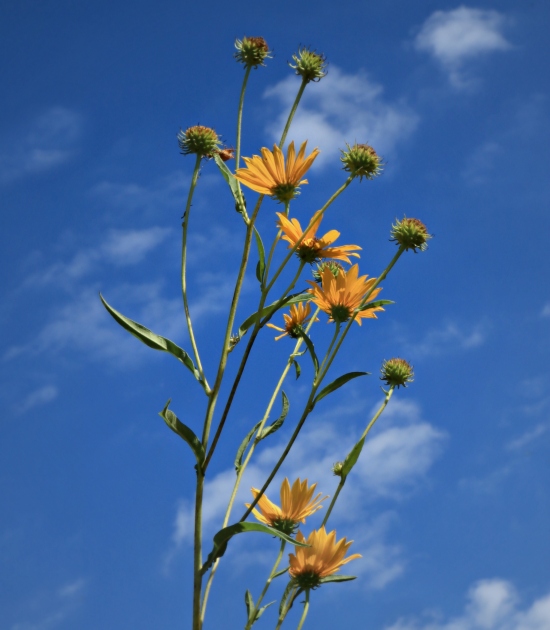 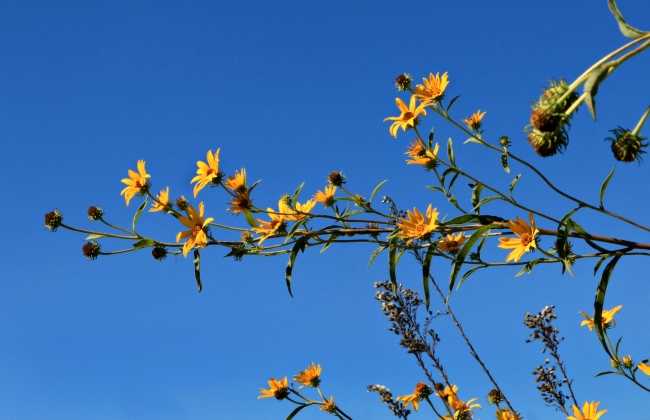 When it comes to growth, horizontal does as well as vertical 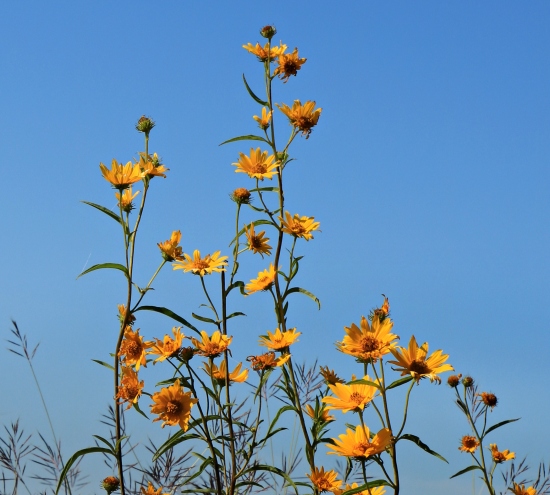 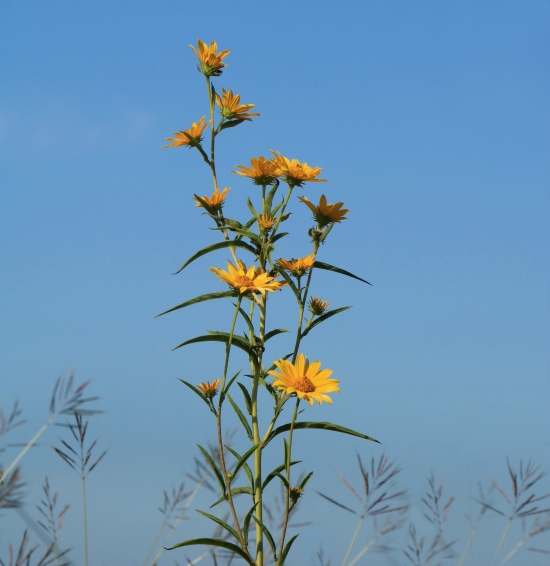 This feels as old-fashioned as my grandmother’s kitchen 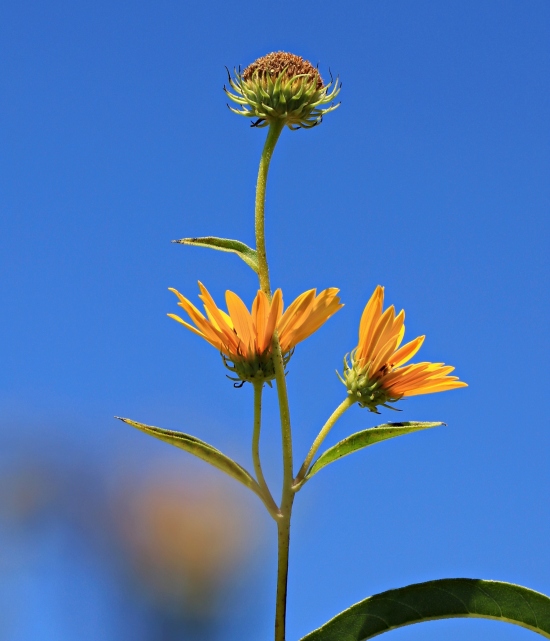 A photo-bombing leaf? It’s odd, but I like it 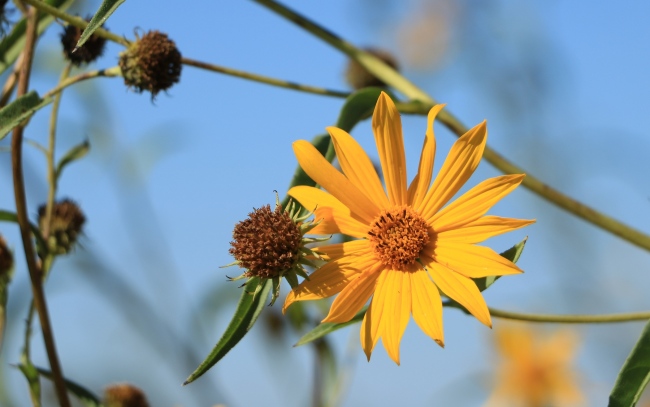 An attractive combination of seed head and bloom 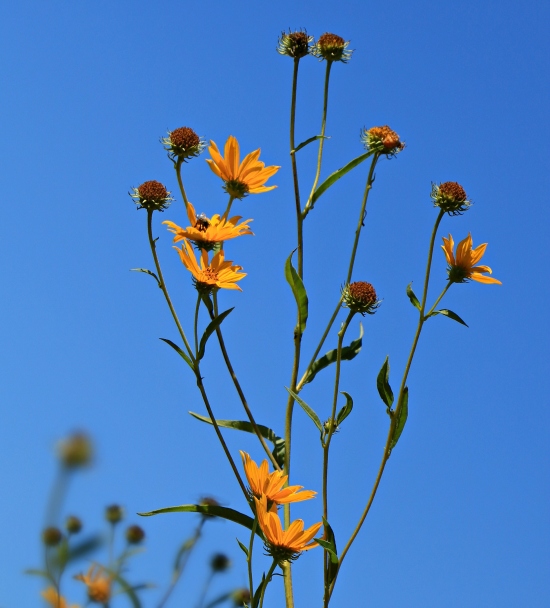 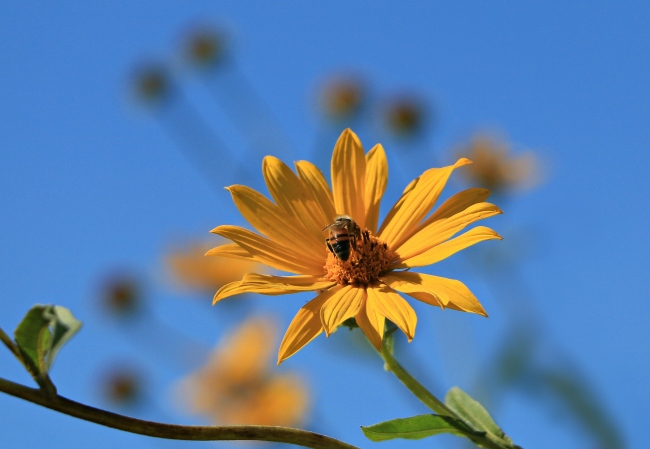 A late season treat for pollinators

52 thoughts on “Those Serendipitous Sunflowers”