Thanks to Hollywood and assorted writers of historical fiction, “Remember the Alamo” has become one of America’s best-known battle cries. But before the Alamo, there was James W. Fannin, a few hundred fighters for Texas independence, and the infamous Goliad Massacre: a pivotal event leading to the establishment of the Republic of Texas.

Events leading to the massacre of over four hundred men and Colonel Fannin were complicated; a brief explanation can be found here. After the executions, the bodies were burned and their remains left exposed until June 3, 1836, when Gen. Thomas J. Rusk gathered them and provided burial in a common grave.

The grave remained unmarked until about 1858, when a Goliad merchant, George von Dohlen, placed a pile of rocks on what was believed to be the site. Decades later, some Goliad Boy Scouts found charred bone fragments nearby and, in 1930, University of Texas anthropologist J. E. Pearce began an investigation. With its authenticity as the Fannin burial site verified by historians Clarence R. Wharton and Harbert Davenport, money was allocated in Texas’s centennial year — 1936 — for the construction of the monument shown above.

The monument’s sculptor, French-born Raoul Josset, moved to the United States in 1933. Many of his works in this country are dedicated to individuals who helped to shape the State of Texas: a bronze and granite tribute to Captain Amon King, hero of the Battle of Refugio; an eight-foot bronze of George Childress, author of the Texas Declaration of Independence; and a bronze angel guarding the crypt at Monument Hill, where remains of Texans killed in the Mier-Sommerville expedition are interred.

When I visited the Fannin Monument this spring, all was peaceful. The years-old explanatory sign, rusting but undamaged, still brought a smile. Nature herself is being allowed to decorate the gravesite, year after year.

Blooming among this year’s crop of bluebonnets, Indian paintbrush, and Engelmann’s daisies was an uncountable number of huisache daisies (Amblyolepsis setigera). A Texas endemic found primarily in the central part of the state, I’d last seen them during the Great Wildflower Explosion of 2019.

One of the flower’s most appealing characteristics is the range of colors it displays as it begins to fade. Clear yellow blooms become tinged with orange, and green ‘nerves’ in the ray flowers (akin to those seen in the four-nerve daisy, or Tetraneuris linearifolia) become more obvious. 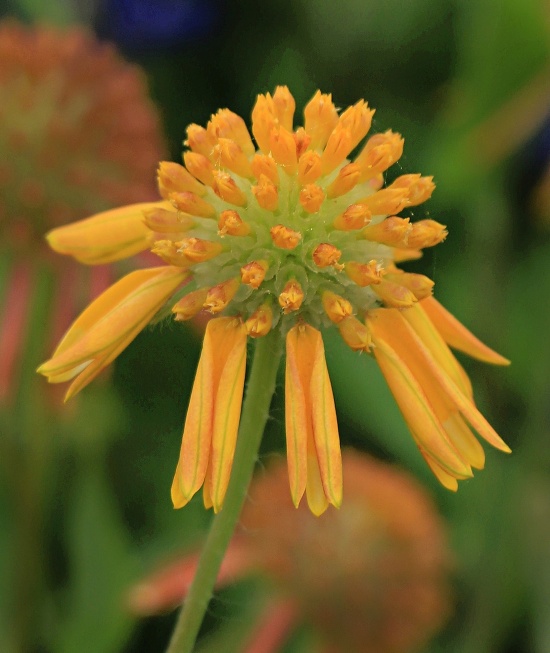 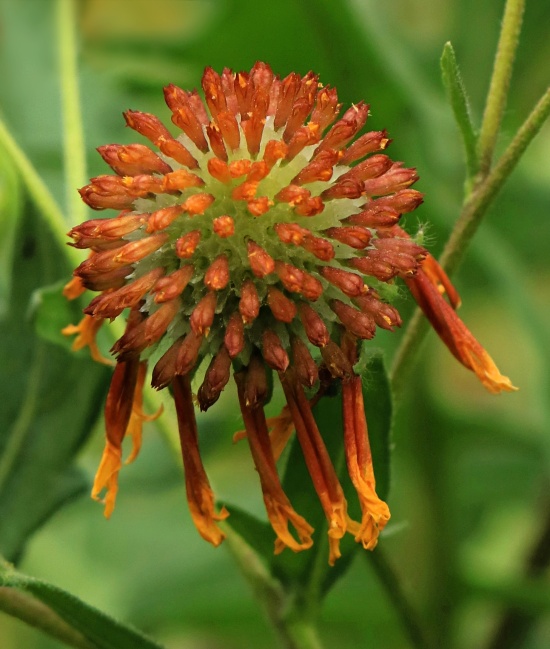 Even as they age, the flowers’ beauty endures: not unlike a grateful state’s memories of the men who lie beneath them.

40 thoughts on “A Natural Tribute to the Fallen”