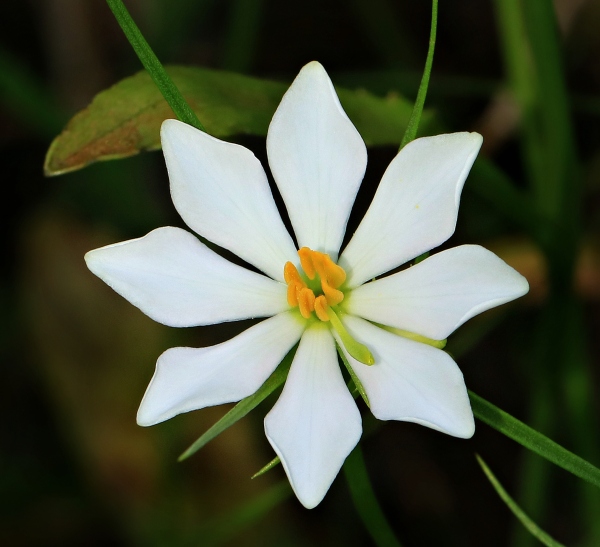 While exceptions certainly exist, most flowers in the Gentian family range from light pinks to a deeper, rosier hue. The specific epithet of the Pinewoods Rose Gentian, Sabatia gentianoides, means ‘resembling a gentian,’ suggesting that range of pinkish colors.  (The genus name honors Liberato Sabbati (1714-1778), an Italian botanist and gardener.)

When I noticed this striking white flower in a wet area of the Big Thicket’s Sundew Trail, I thought I might have found Sabatia brevifolia, a white Sabatia species found in Florida and adjacent states. Despite both plants’ preference for boggy areas or wet pine savannahs, a closer look revealed some differences: eight petals for S. gentianoides rather than S. brevifolia‘s five, and noticeably larger flowers. 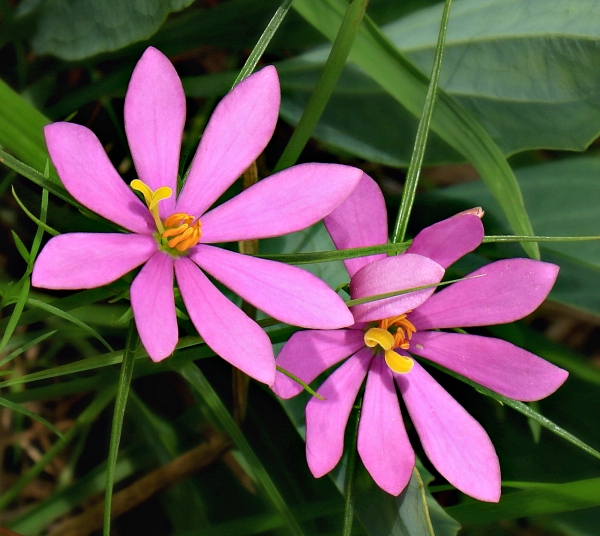 Unlike Sabatia campestris, the meadow pink common in coastal and central Texas, S. gentianoides displays flowers two or more inches wide, with seven to twelve petals. When the blooms cluster together, as they often do, they can be particularly appealing. 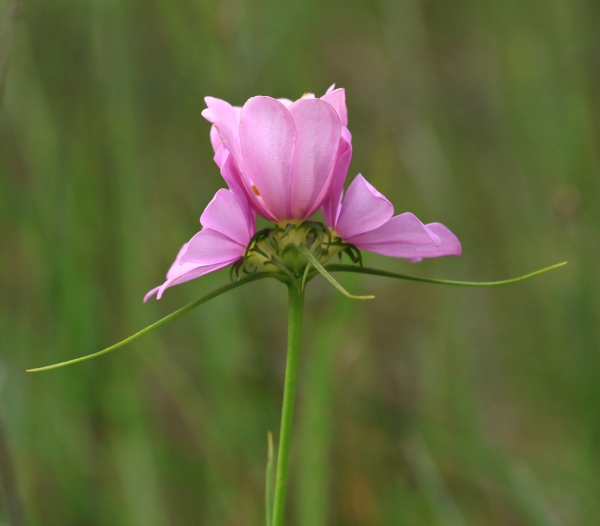 White forms of the meadow pink aren’t particularly common, but I have encountered them. Despite an extensive online search for a white form of the pinewoods rose gentian, I’ve yet to find a photo of another. I’m glad I found this one, tucked away in its bog. 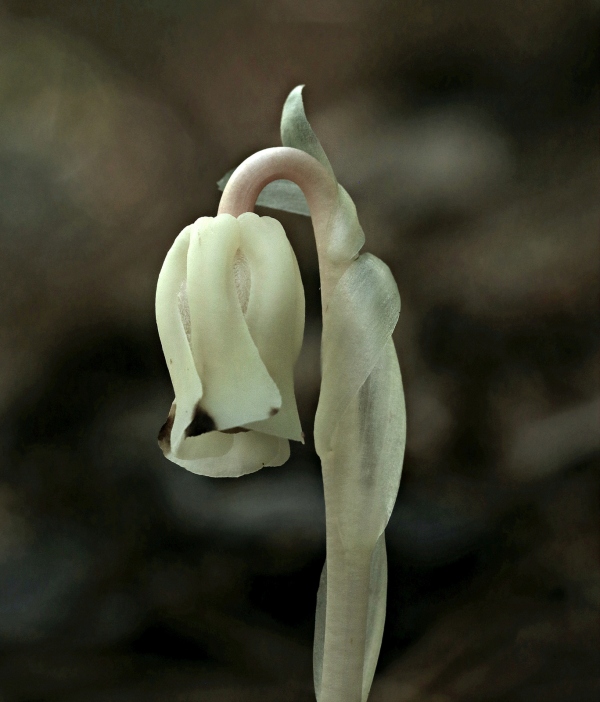 In his September 24 post featuring flowers from along Austin’s Bull Creek, Steve Schwartzman included this quotation from Jordan Ellenburg’s book How Not to Be Wrong: “Impossible things never happen. But improbable things happen a lot.”

Only three days later, as if to prove the point, a small collection of flowers known as Indian Pipe greeted me from beneath a large pine at the Watson Rare Native Plant Preserve. I’d seen photographs of them from locations as diverse as Montana and Massachusetts, but it never occurred to me that they might call Texas home. In fact, the plant prefers mature, moist, shaded forest, so the piney woods of east Texas provide a perfect environment. 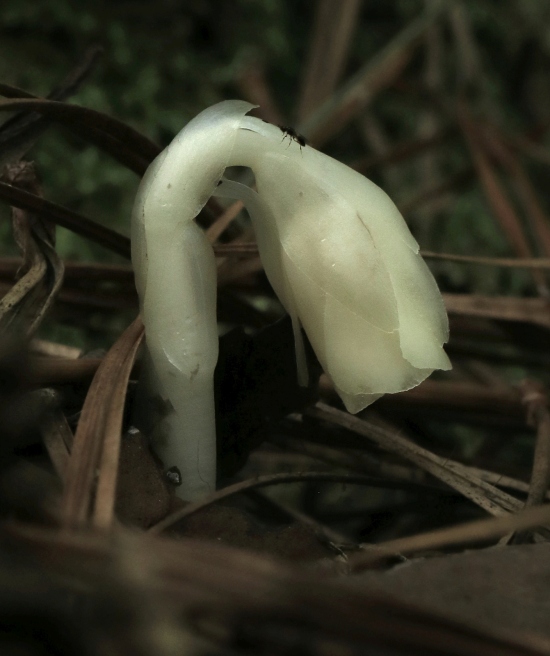 Sometimes called the Ghost Plant because of its white, waxy appearance, the Indian Pipe has no chlorophyll and doesn’t depend on photosynthesis.

Once considered a saprophyte — an organism that feeds, absorbs, or grows on decaying organic matter — Indian Pipe today is understood as a parasite. Its roots extend in a web-like way through dead rotting leaves, extracting nutrients from the hyphae (fungal strands) of certain kinds of fungi. 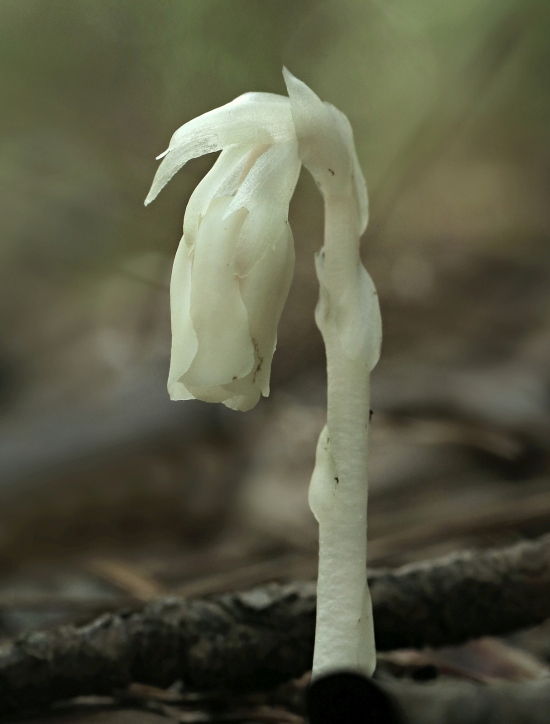 Each stem bears a single flower which initially points down to the ground, helping to fend off rain. As the bud opens, it becomes parallel to the ground, making it more easily accessible for pollinating bees. After pollination, the flower becomes erect, and the seed capsule begins to mature; ripened seed is released through slits that open from the tip to the base of the capsule.  All three flower stages — pendant, perpendicular, and upright — are shown in the photo below. 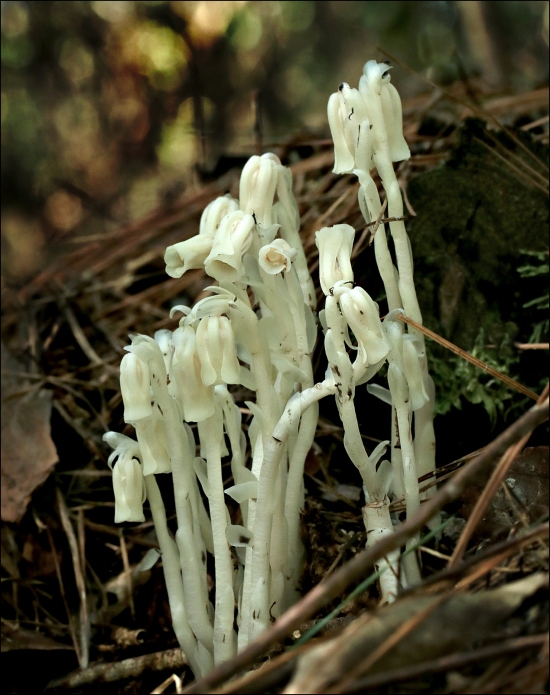 Poet Emily Dickinson once called the Indian Pipe “the preferred flower of life.” In a letter to Mabel Todd, she recalled, “I still cherish the clutch with which I bore it from the ground when a wondering child, an unearthly booty, and maturity only enhances the mystery, never decreases it.”

So fond was she of the flower that she chose it for the cover of her first book of poems, published after her death. 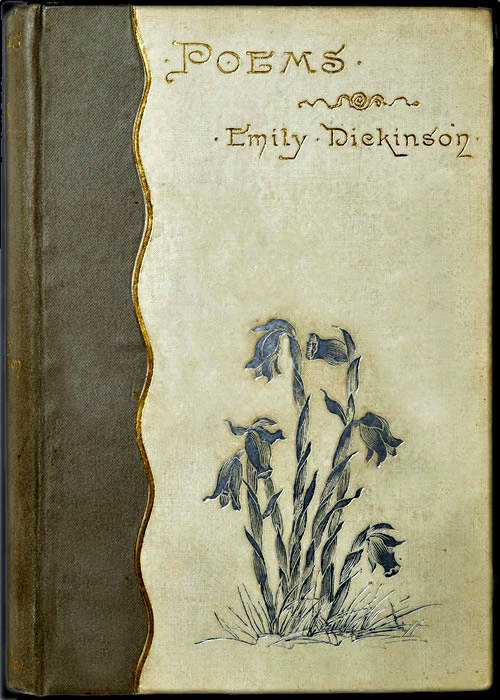 Tis whiter than an Indian Pipe –
‘Tis dimmer than a Lace –
No stature has it, like a Fog
When you approach the place – 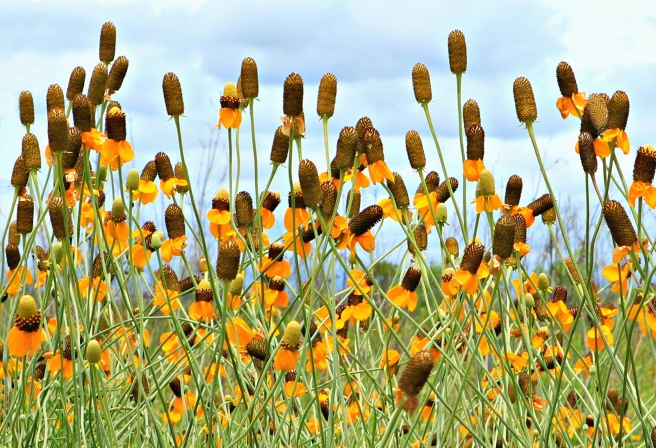 Like many Texans, it seems to dislike our hot, simmering summers. After blooming in late spring, it rests until September, then blooms again through the fall.

This photo from the Brazoria Wildlife Refuge was taken in May. The flowers have begun to appear again along roadsides in east Texas, so a reappearance at the Refuge may be in the offing — just in time to provide a little fall color.

On the Road, Again