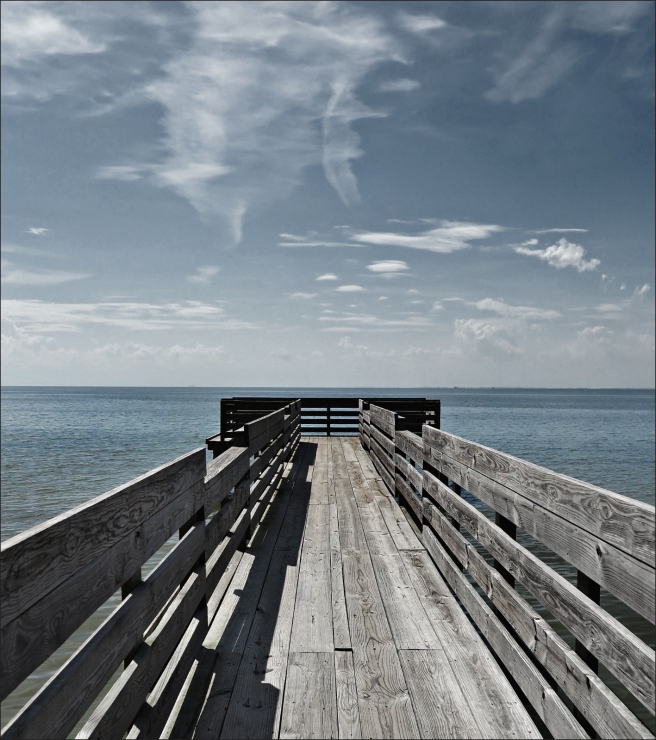 Not every man knows what he shall sing at the end,
Watching the pier as the ship sails away, or what it will seem like
When he’s held by the sea’s roar, motionless, there at the end,
Or what he shall hope for once it is clear that he’ll never go back.

When the time has passed to prune the rose or caress the cat,
When the sunset torching the lawn and the full moon icing it down
No longer appear, not every man knows what he’ll discover instead.
When the weight of the past leans against nothing, and the sky

Is no more than remembered light, and the stories of cirrus
And cumulus come to a close, and all the birds are suspended in flight,
Not every man knows what is waiting for him, or what he shall sing
When the ship he is on slips into darkness, there at the end. 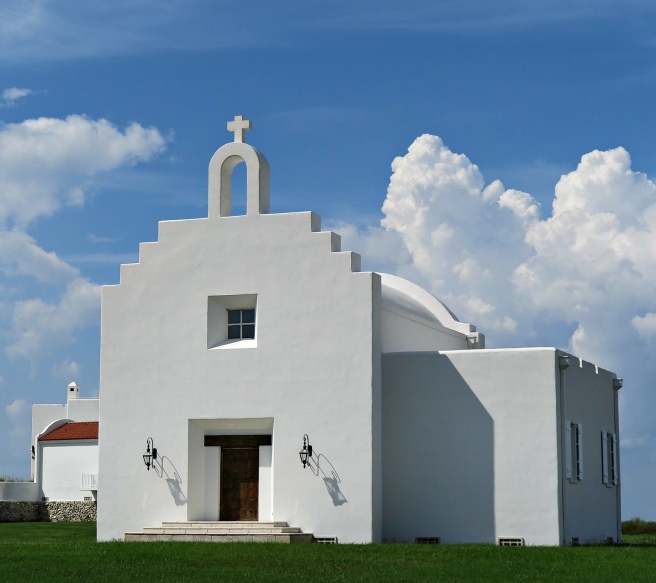 Seemingly plucked from the hills of Santorini before being plunked down on the edge of Trinity Bay, the white-washed compound glistens in early autumn light. Not everyone fishing or sailing the waters off Anahuac knows the name of the property owner, but as a fisherman cleaning his catch pointed out, “It makes for a great landmark. It’s sure enough better than the water tower.”

The compound, a weekend retreat for Houston general contractor George Pontikes Jr. and his wife Laura, includes a similarly-styled great house, a guest house, and various amenities, in addition to the chapel pictured above.

The similarity to houses on the Greek islands is understandable, given that the owner is the son of George Pontikes Sr. and the grandson of Angelos Konstantine Pontikes, who emigrated from Nauplion, Greece. Angelos K. Pontikes began as a home builder; both his son and grandson George Jr. followed in his footsteps.

While exploring the area on a Sunday afternoon, a friend and I mistook the private chapel for a public church and drove through the open gate. With parts of the compound still under construction, we realized our mistake fairly quickly, but I captured this image of the chapel before we left: as simple and beautiful as any white flower blossoming against the sky.

Take Two Poems, and Call Me in the Morning

An Old Carol for a New Year

The text and photographs on this site are the property of Linda Leinen. You may link to these entries, but may not use either photographs or text without written permission.
Loading Comments...
Comment
×